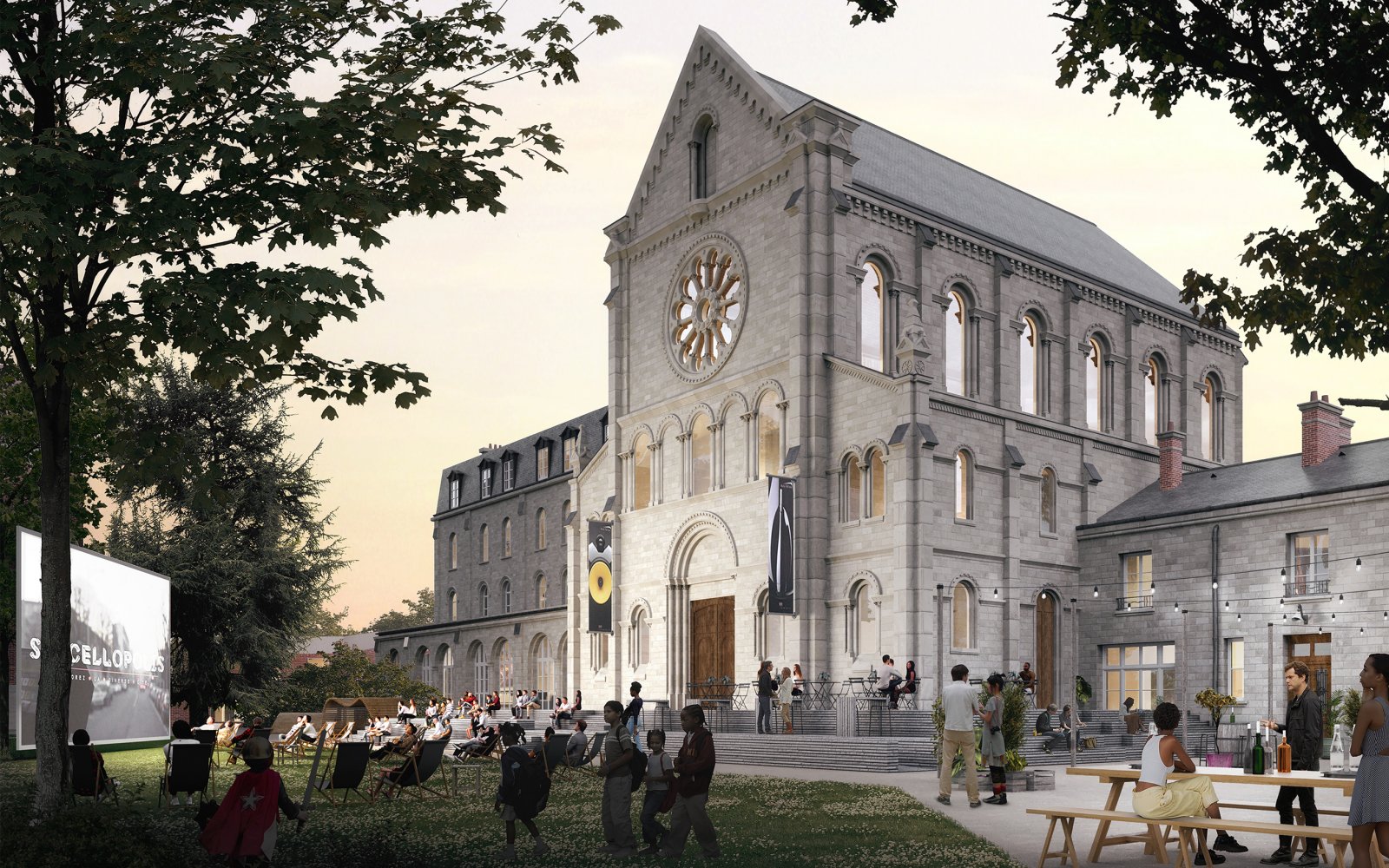 Formed by XIXth century buildings gathered around a chapel, the Cèdre Bleu is an essential landmark for Sarcelles today. The city would like to turn this former castle into a cultural center, designed in such a way that it will provide its inhabitants a meeting place for arts and associative activities. Together with the firm “Architecture Patrick Mauger”, we have not only suggested to renovate the building in its entirety, but we have also proposed to respectfully reduce some of its religious identity by creating a different kind of access to the building. We will replace the ancient steps that lead to the chapel with a large stairwell to allow for a great variety of activities to take place in front of the building. An open-air cinema, the cafe's terrace, outdoor parties and temporary exhibits are examples of such activities that will seek to open the Cèdre toward the city. The stairwell is accompanied by a ramp with a gentle incline to allow all visitors easy access to the building via the main entrance. 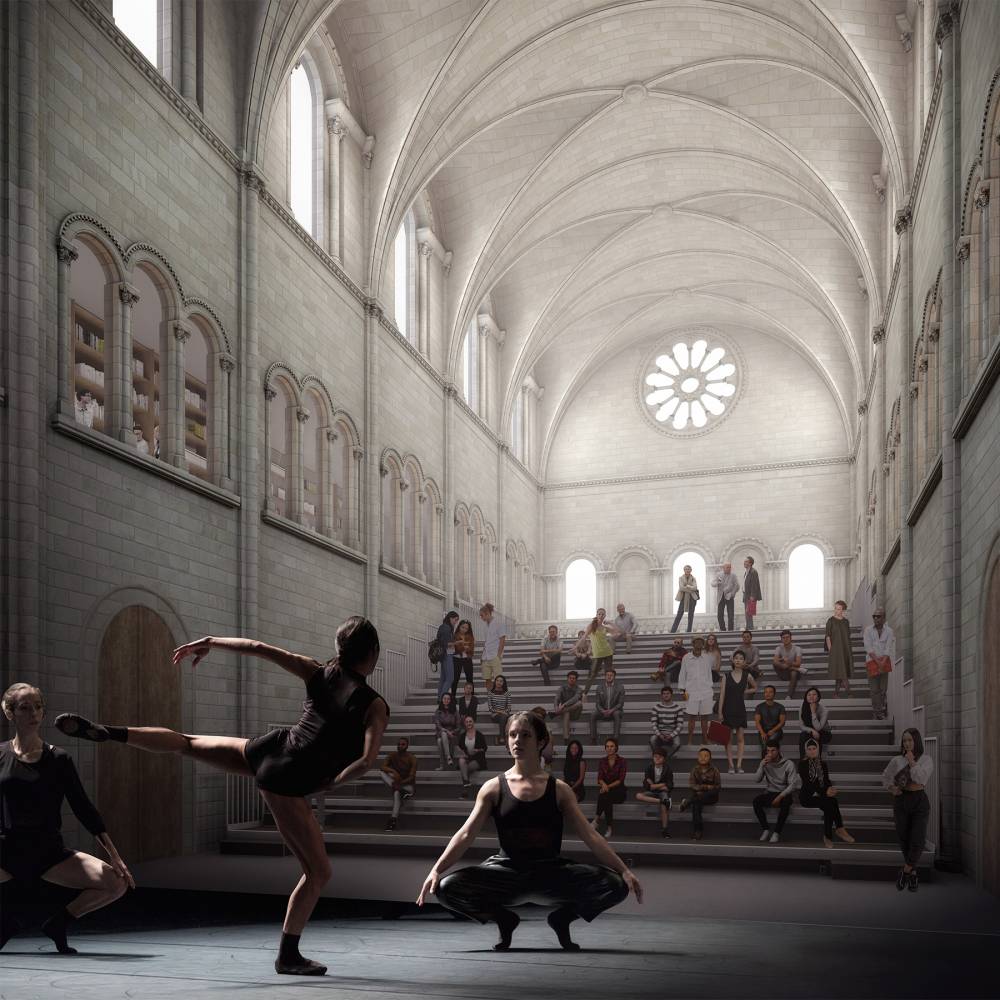 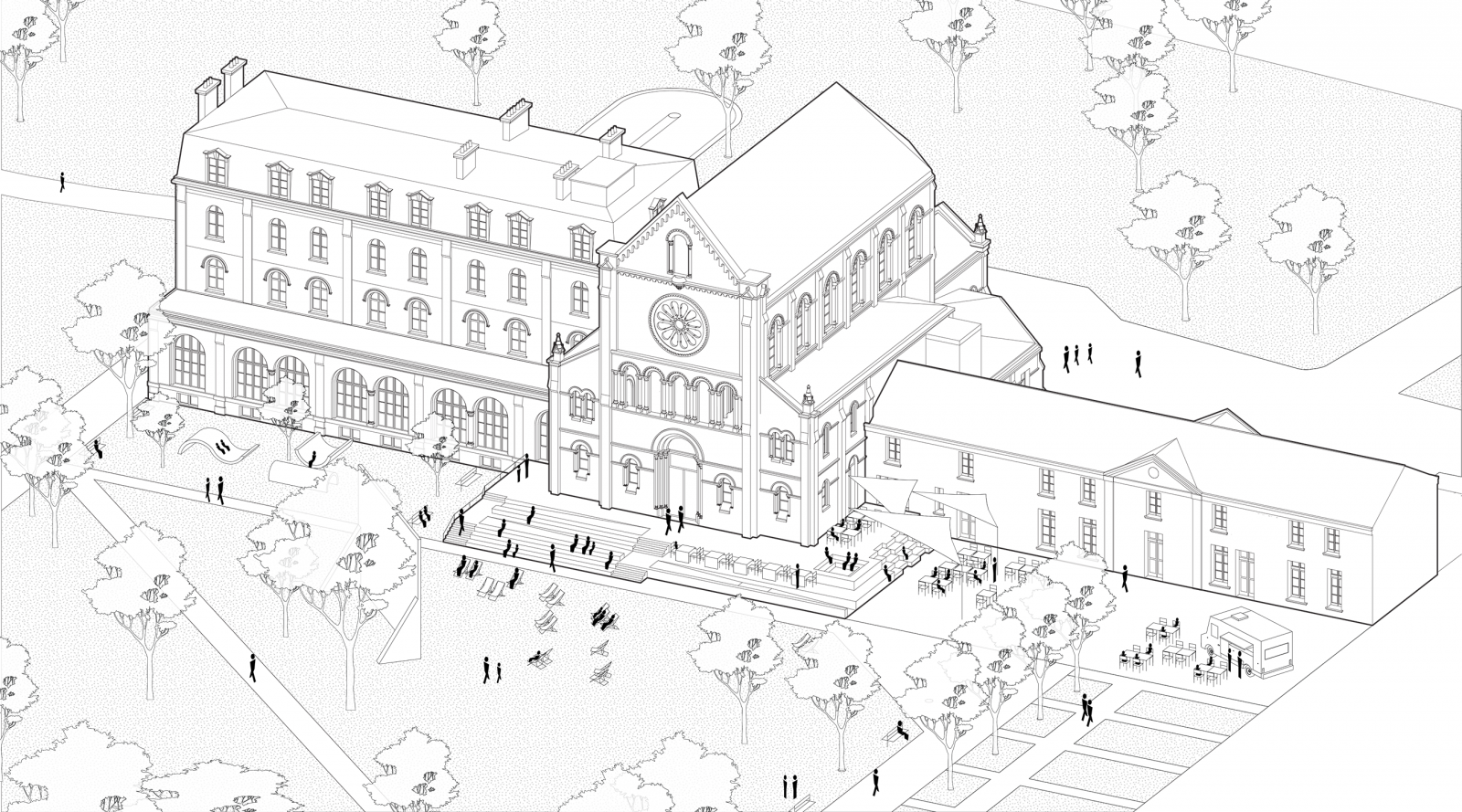 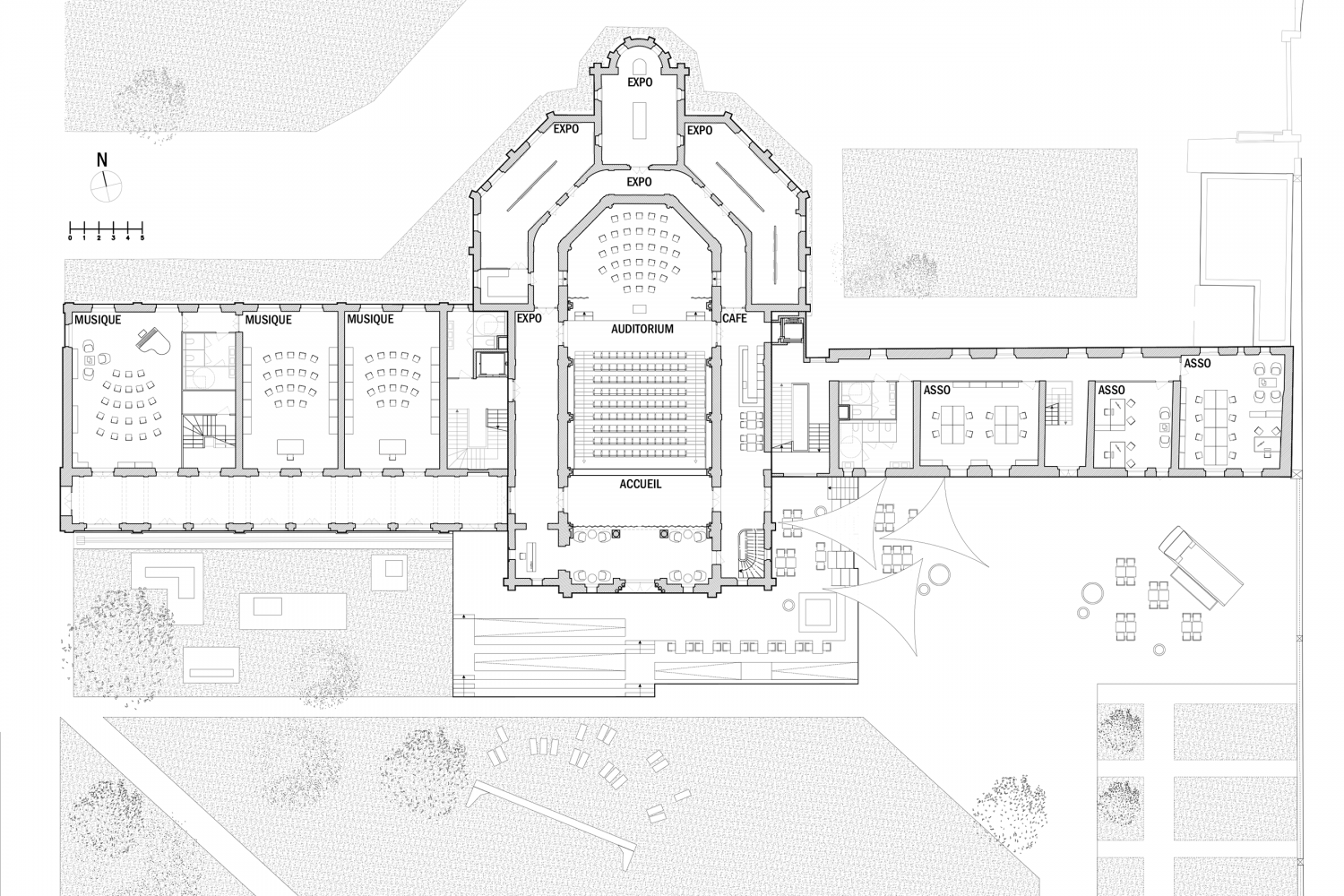